NEW:- Play Pub Darts 3D Multiplayer (Beta), you can now challenge your friends and other online players to play 501 darts matches. Also, you can chat with your opponent as you play - Enjoy!

Play Pub Darts 3D! One of the best and most complete flash darts games on the web! With lots of Darts Tournaments and Darts Challenges. Play like a PDC World Darts Champion, throw 180s and 9-Dart Legs on your way to becoming the Pub Darts Champion! 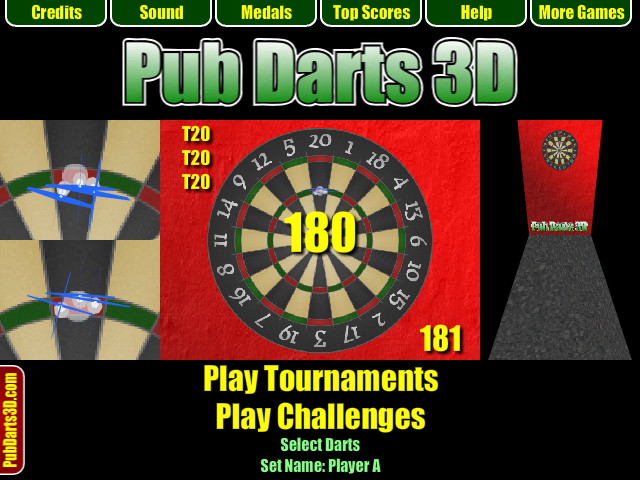 Created on 11th November 2011by NipponMonkey

A 9-dart leg in a 501 match is the hardest achievement in darts - here are some of the greats throwing a perfect leg, including Phil Taylor's two 9-darters in one match and Adrian Lewis' 9-dart finish.

Pub Darts 3D was developed by Nippon Monkey for englishpubpool.co.uk and pubdarts3d.com.